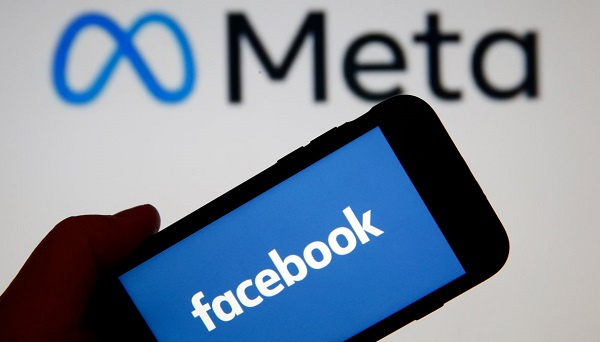 Descrizione: PARIS, FRANCE - OCTOBER 28: In this photo illustration, the Facebook logo is displayed on the screen of an iPhone in front of a Meta logo on October 28, 2021 in Paris, France. This October 28, during the Facebook Connect virtual conference, Mark Zuckerberg announced the name change of Facebook, believing that the term Facebook was too closely linked to that of the platform of the same name, launched in 2004. It is now official, the Facebook company changes its name and becomes Meta. (Photo illustration by Chesnot/Getty Images) 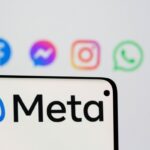 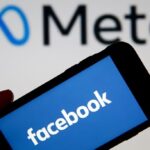