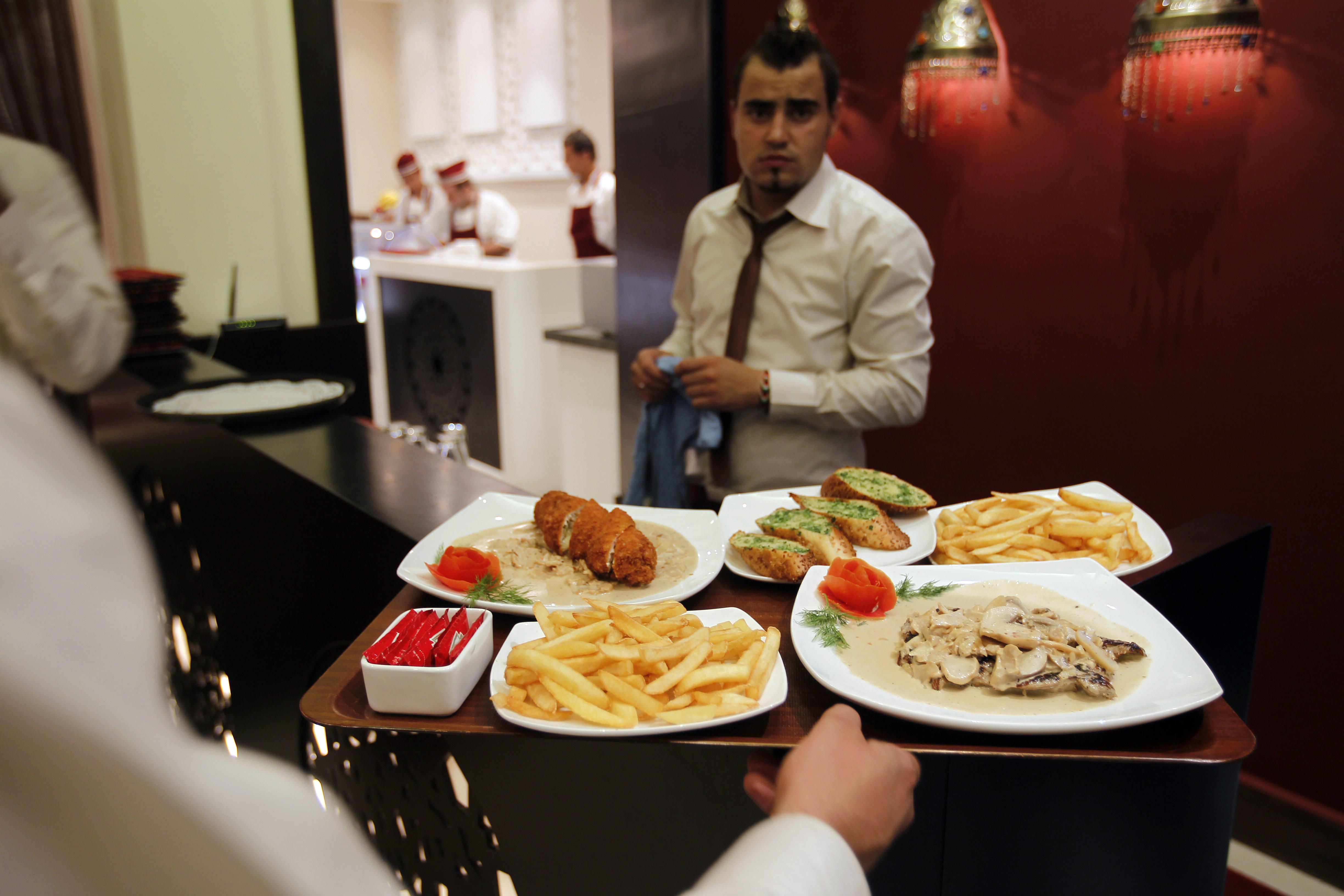 Descrizione: A Palestinian waiter picks up a tray of food to serve clients on October 18, 2012 at the first restaurant that employs deaf people in Gaza, which officially opened earlier this week in Gaza city. The restaurant was launched by Atfaluna Society for Deaf Children and funded by Drosos Foundation from Switzerland as part of a program seeking to provide job opportunities for people with impaired hearing. AFP PHOTO/MOHAMMED ABED (Photo credit should read MOHAMMED ABED/AFP/Getty Images) 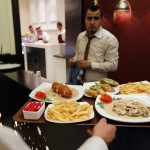