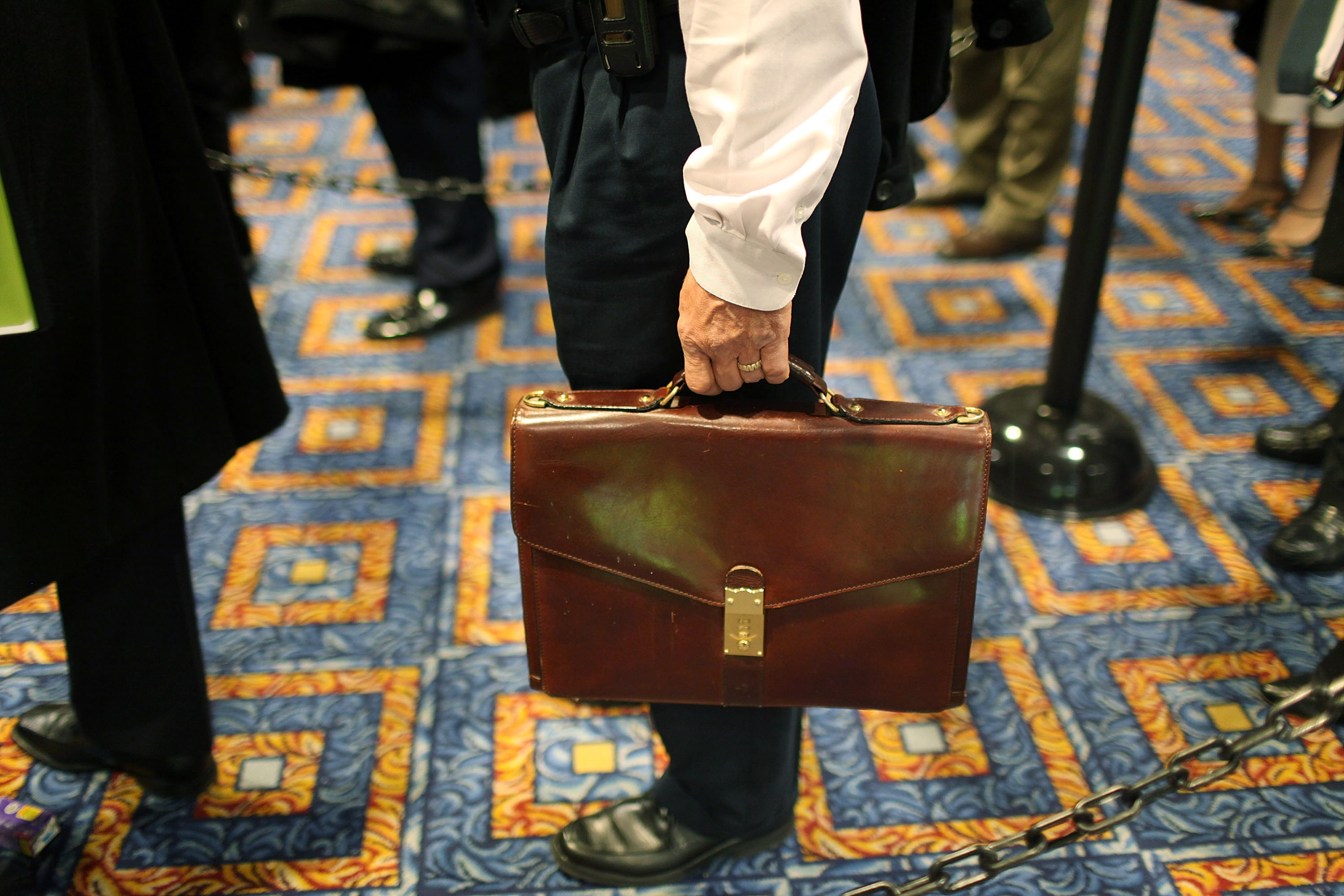 Descrizione: NEW YORK - NOVEMBER 06: A man holds his briefcase while in line at a job fair sponsored by Monster.com that attracted hundreds of people on November 6, 2009 in New York City. In a government report released today it was revealed that the nations unemployment rate has now reached 10.2%, its highest level since 1983. (Photo by Spencer Platt/Getty Images) 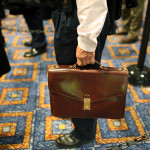